Four Steps to a Harmonious Divorce 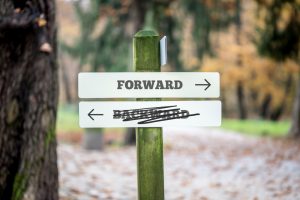 This is my four-step process for having a harmonious divorce. This is not magic, nor is it possible in all cases. It will require hard work, but if both parties are willing, this process can be collaborative, rather than combative.

I once met a man who had been separated for about 2 years. He and his ex-wife had no children and one day she up and left him with no warning and no explanation. Two years later, when I asked why he thought she’d left, he said, “My best guess is that she had a psychotic break.” I was dumbfounded. He hadn’t taken the two years after his separation to figure out what might have been missing in his marriage, to examine what it was he hadn’t seen. He’d simply decided that she had had a psychotic break.

Divorce is fertile ground for self-realization and growth, and while it may seem like you don’t have it in you to deal with your personal growth simultaneous to dealing with the actual divorce, believe me when I tell you, now is the time.

The more you stay mired in the negativity of the past (your marriage), the worse off you will be and ultimately the worse off your children will be. Think about it—if your marriage was horrible and you end up like psychotic-break-guy, you’re gonna repeat the pattern like I predict he will and end up in another miserable marriage. I’m pretty sure you don’t want that for yourself, but more importantly, I hope you don’t want that for your children (and in order to avoid doing that, check out my program The Picker Fixer).

Don’t get me wrong, you will have feelings about your divorce and separation. You are probably angry, hurt, devastated, full of shame, all sorts of things, and these feelings are normal – in fact, you should be having them (I’d be more worried if you weren’t). I want you to be able to have and process all the feelings that come up for you AND, I want you to have and process your feelings away from your divorce proceedings. Having a good coach or therapist will help you do that (to find out how to work with me, click here).

When I first split from my husband I consulted a divorce attorney—a litigator. I wanted to educate myself on my rights before going into the process. California is a no-fault state, so no matter who did what to whom, the laws are pretty clear: 50% of all assets or debt incurred during the marriage would be mine. The state even has a calculating program called the DissoMaster for figuring out support based on percentage of custody and the incomes of both parties. Pretty clear, right?  Except when the litigator began to say things like, “Well, if you have more custody, you can get more money from him,” and things to that effect. You can see where that conversation was going. I was getting the distinct feeling there were ways to turn this ugly, and the litigator was going to find them.

This kind of divorce will, by definition, create hostility and opposition and in my opinion could not be more destructive to the children—or the parents.

My ex and I were introduced to the Collaborative Process by his therapist, who is a Collaborative Coach. Collaborative Divorce, in essence, is a process by which you sidestep the courts, sit with a Collaborative Team (made up of an attorney, a CPA, a coach—or two—and a child specialist, if chosen) and decide to collaborate the terms of your divorce. Whatever you decide, goes. Eventually the attorney files paperwork with the courts and it all becomes final. However, the entire process is done away from a court of law. The coaches step in when and if things get sticky; the CPA combs through the finances and makes recommendations based on what the law would prescribe, and the attorney oversees it all. The most startling difference between litigation and collaboration is that in the collaborative process the two parties actually interact with each other in order to make decisions, whereas in litigation, the two attorneys are being paid to fight each other, each one reporting back to their client about the evil machinations of the other party.

I am a Co-Active Life Coach and I believe that almost everything is a choice. You can choose to make your divorce bitter and ugly, or you can choose to have it be collaborative and peaceful. That doesn’t mean you will always agree on things; you won’t. But it means that you have chosen a perspective that is healthy and productive, rather than one that is proven to be destructive. When you have children, in my opinion, you actually don’t have a choice.

In my experience with Collaborative Divorce, the most important thing was that on day one our attorney sat with us and asked us to create a mutual vision statement for our divorce. It was to be the lens through which all decisions were made. Because we are parents, his first question to us was essential—

“DO YOU WANT YOUR CHILD IN THE MIDDLE OF YOUR DIVORCE OR AT THE CENTER OF IT?”

I was in the middle of my parents divorce for years. Some of my earliest memories are of standing at the end of my mother’s long, narrow hallway while my parents screamed at each other over my head.  I had to have been about 3 or 4, and it was scary.

I never wanted to do this to my son and neither did my ex. So our mutual vision statement was clear—every single decision we made would be based on what’s best for our son. If it didn’t fit that mold, it was thrown out.

I’m not saying it’s easy, but I am saying that it’s right.

There is a popular line separating parents use when talking to their children about separation and divorce. It’s become very trendy to say to our children, “We’ll still be a family, just a different kind of family.” Then we go on to list all the different kinds of families out there, from families with one mom or two dads to families that live together and finally those that live apart.

I am all for this narrative, as long as it’s the truth. I’ve watched friends say this to their children and then act as anything but a family. I’ve watched friends tell their two year olds that they’ll always be a family and then scream, hurl insults and phones, break furniture, take down every picture in the house that shows them as a family and cause complete destruction right in front of their children’s watchful eyes. Given that that’s the kind of family they grew up in, it’s not really surprising, however it is horribly destructive and given some really hard work, it is avoidable.

And so my final step in this process is about envisioning what it is you want to create next with your ex. What kind of family do you want to be? Early on, my ex and I chose, consciously, to be the kind of family that had holidays together, had a somewhat seamless relationship, had keys to each other’s houses, helped out with each other’s animals and communicated daily about our son. Over time, this has shifted—but that’s how we started. This may not work for everyone, and I would never prescribe it, but it did work for us, and helped ease our son into the process of divorce.

Once you’ve created your list, give it to your partner. Now that you’re holding your partner’s list, highlight the things on his or her list that you agree with. Keep your judgment out of it and reach into your compassion-reserve. Be as neutral as possible. Once you’ve each highlighted what you agree upon, write out a new list with only those things on it that you’ve both agreed on. What’s missing? What’s emerging? Are there things you can agree to add? Know that this will ebb and flow over time, so be willing to revisit it together in the future.

This process will help you and your partner (because you are still partners) create something you can agree upon. There will be a lack of resentment and confusion in the future, your kids will be clear on what to expect from their lives with you together-apart and when things come up in your future as parents, you will already know how to deal with them.

This was originally published on Kate Anthony’s blog.

By Mark Manson – Republished from his blog – Mark Manson There’s no class in high school on how to not be a shitty boyfriend ...