Because We Don’t Have Bruises 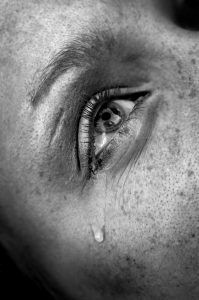 Two years ago, I wrote an article in which I described some of the emotional and psychological abuse I suffered in my marriage. The article got a lot of traction in a major online publication, and I received a lot of backlash.

I got supportive emails from friends who had borne witness, and threatening ones from defenders of my ex who actually hadn’t known me (or him) during our marriage (one nugget – “When did you become such a horrible person?”). Everyone had something to say, it seemed, and those who hid behind the Internet veil had the sharpest tongues.

What became clear to me in the aftermath was that if I’d had physical bruises and scars, no one would have blamed me for speaking out.  But because the scars of emotional and psychological abuse are invisible, anyone with an email account can question their authenticity.

Worse than the effect of fielding what others were saying, was that I was starting to doubt myself. Was I crazy? Had I imagined it all? Was I, in fact, mis-remembering everything that ever happened, and making my ex out to be an abuser he never actually was?

But a voice rose up from deep within that said, “HELL NO,” sounding suspiciously like the dear friend who’d begged me not to marry my ex before the wedding. But still, I needed to be sure. I needed to understand what– if anything?– had happened to me, and why I felt this confused, so long after the abuse. Eerily, I was questioning this experience the way I had doubted myself throughout my marriage.

And so I sought counsel from friends and family. I confirmed my experiences with those who knew me/us well, way back then. I met with professionals to whom I explained, as objectively as I could, what my marriage was really like behind closed doors. I asked if this was actually “abuse.” I wanted to know. I needed to know.

Ultimately, friends, colleagues and professionals confirmed that no, I was not crazy. What I experienced was real, and moreover, this kind of gas-lighting after-the-fact happens every day in abusive relationships. People who have been emotionally and psychologically abused are often re-traumatized by it, as I was, long after recovery has begun. One of the dangers of coming to terms with having been abused is the insidious mental trickery that waits on the other side.

Because we don’t have physical bruises, victims of emotional and psychological abuse are often doubted – by others, and, worse, by ourselves.

On its website the CDC (Centers for Disease Control and Prevention) defines emotional and psychological abuse this way:

Psychological/emotional abuse can include, but is not limited to:

The CDC also states that, “This list is not exhaustive. Other behaviors may be considered emotionally abusive if they are perceived as such by the victim.” (Italics mine.)

In other words, if it feels like abuse, it’s abuse. If your partner consistently makes you feel small, it’s abuse. You don’t need anyone else to validate it for you. Women (or men) who are abused in any manner are victims, whether or not they have bruises to “prove” it.

Once we get out, however, it is up to us to take back our own power. We must seek out trained professionals to help us claim responsibility and uncover relationship patterns in order to heal. The process is difficult and not for the feint of heart, but it is possible to heal and recover, and most importantly, learn to make new and better choices. When we draw the line for ourselves, we draw the line for our children, stopping the cycle of abuse in its tracks.

Steffi Thomas is the name of a freelance writer who lives on the West Coast, who can be seen walking her dog on foggy nights, buying ripe tomatoes at the market, and jotting things down in an unlined notebook.

Holiday Blues without the Bloating

The holidays evoke all kinds of images– from happy songs and holly on the hearth, to angels and artificial trees. But, if you’re without a ...