Solo Dads Raising Daughters? We Got Your Back 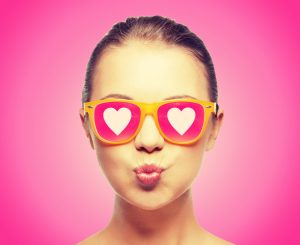 It’s Father’s Day, and there’s a particular breed of dads we’d like to honor today: Solo Dads Raising Girls. Yeah, you with the “I Brake for Drake” bumper sticker on your F-150.

When your little girl starts to turn into a young woman, and goes through a whole lot of physical and emotional changes, even the sturdiest mom might struggle. Hold on, fellas, we’re here to help.

The best case scenario? Solo Dad had a sister who he watched go through the maze of female puberty. Second best case? He was so close with his ex that he was not afraid to buy everything on the shopping list. But there’s more to it than that, Solo Dads.

Solo Dads have so much to look forward to: the hormones involved with a first period, the mysteries of buying a bra — dude, this is a whole new world. Add the complicated dynamics of adolescent female friendships, emotional rollercoasters you’ve only heard rumors about — and the average dad might stear clear till it’s all over. But the Solo Dad doesn’t have a choice. You’re a gladiator in the ring of female adolescence.

Don’t worry, dads, we got this one. And your daughter will love you even more than you can imagine if you follow these guidelines.

Not worried about the teen years because your daughter is still watching The Wild Kratts?  Not yet terrified by the idea of her first — gulp — boyfriend?

Oh you will be, young Jedi. You will be.

Here’s a key to successful parenting of a teen daughter: start young. Building a solid foundation with your young child is the key to raising a happy, healthy and productive young adult. Stevan Lynn, founder of the Fatherhood Training Center in the South Bronx, is very familiar with the challenges of raising a daughter single-handedly. He approached the task with an open heart, ready for the adventure.

“I have been blessed that, since day one and through puberty, [my daughter and I] knew each other like the back of our hands. We had that relationship where she didn’t have a problem talking to me.”

Lynn fostered this relationship by engendering open communication and by always being involved in what was going on in her life. He says she was always his priority, and he took special care to give her the attention she needed through difficult times.

Lynn also found that consistency and integrity illustrated to his daughter that she could trust him unconditionally.

“Integrity and your word is everything,” he says. “If you tell them you’re going to do something, you better do it or the trust factor goes away. If you say you’re going to be somewhere, be there. Early.”

Developing trust and a strong emotional relationship before your daughter hits puberty is vital, according to Stephanie Weiland Knarr, Ph.D., a licensed clinical marriage and family therapist in the D.C. area. Having this relationship established early on makes conversations during middle school, and throughout puberty, that much easier.

Historically, men find it more difficult than women to ask for help (or directions). However, trying to mow through, or gloss over, their daughter’s problems is not always the best approach, according to Knarr.

“Dads and men jump in and want to fix things, to have the answers,” she says. “In these situations, if they don’t have the answer, [they shouldn’t] pretend to understand what their daughter is going through.”

In fact, daughters know their dads have no idea what they are going through. “It’s better if Dad acknowledges that [he doesn’t] completely understand and try not to be an authority figure,” she says

Lynn realized this early, and fortunately, he also realized the importance of having plenty of women in his life who could provide answers to his daughter’s questions that he simply couldn’t.

“I thought it best to surround [my daughter] with positive female role models…These strong women mentors helped to answer questions regarding her growing into womanhood while providing a real example of success that she can and has emulated,” he says.

Lynn also relied on his family—his mother and his sister—to help when he had questions or hit a wall about the day-to-day ops of raising a daughter.

Though Solo Dads can turn to help from the women in their lives, it’s also vital for them to learn more about their daughters and their journey through adolescence.

Lynn spent a lot of time reading when he was raising his daughter, and recommends that the dads he coaches do the same. Books, parenting articles and online resources are great places to turn.

“Study your craft,” says Lynn. “Raising a family is a job, the toughest job you’ll ever have.”

Knarr agrees. “In this day and age, so much information is easily accessible. Dad can Google to read more about what his daughter is going through—from her period to her first date.”

The key is to be educated enough to empathize with your daughter. “Any reading Dad can do about what his daughter is experiencing will help him empathize when he has those conversations with her. He could say something like, ‘When I talk to other women about this, this is what they tell me,’” says Knarr. Dad is admitting that he doesn’t have the answers, but showing that he is willing to find them for his daughter.

Play Both Sides of the Court

A two-parent household brings a different dynamic to children’s lives than that of the solo parent. Dad traditionally played the disciplinarian while Mom played the nurturing role. Single dads raising daughters have to bring both pieces to the game.

“As a single dad, I was in the business that moms are typically in—hosting sleepovers, carpooling,” Lynn says. He recognized the need to be both Mom and Dad to his daughter. “I had to be both tough and soft. I taught her inner toughness, something that’s typically synonymous with manhood. But I also taught her to be a princess, something that’s associated with being a woman. You teach it and assimilate it in your own life.”

For any parent raising a child alone, it’s a difficult road, but a journey that none of us would change for the world. When dealing with emotions and hormones that you’re not familiar with, there are a few key ideas to hold onto.

“The only thing that can really get you through it is unconditional love, patience– and faith that it isn’t going to last forever,” says Lynn.

Slap that bit of wisdom on your truck.

Get the Most Out of Public Assistance

If your life feels like a house of cards on the verge of collapse– if you have to miss a day of work, or worse, ...