The Stoner, The Bear, The Cook and My Lovers 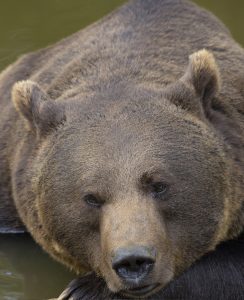 I woke up one day at the age of 38, and realized with horror that I’d become my mother: A divorced, single mother with no prospects, financial or male. I had about two years of spousal support, thanks to California’s 50/50 no-fault divorce laws – never mind that I’d given up my career, my own earnings and the knowledge of how to operate in the workforce five years earlier; according to California, two years should be plenty of time to sort all of that out – and I was desperately lonely for the kind of love I’d never found in my marriage.  Well, certainly, I thought to myself, I can rectify that in two years…

At the time of my separation, I had a psychotherapist who told me that I could consider myself “certifiably insane” for the next two years. Certifiably Insane. She actually said those words.  “But I’m going to find the love of my life within the next 6 months!!” I protested. “Certifiably insane,” she repeated.

When I look back at the choices I made as I stepped out into the brand new world of singlehood, I’m embarrassed, ashamed, and often amused. I look at the men I dated and I cringe. One would have to be certifiably insane to think she was in love with a stoner who lived 3,000 miles away, who would turn off all the lights to video-chat so she couldn’t quite see what he looked like and who ended up having a complete mental breakdown that resulted in him putting tinfoil on the ceiling because “they” were watching. Or the manly, buff, bear-like millionaire inventor who carried around a tiny Maltese all day every day, and rented out his Malibu mansion for porn shoots. Or the significantly older man who had no job and lived in a one-bedroom apartment with his daughter and slept on the couch.

Certifiably Insane? Likely. But ultimately harmless to my family and myself because there always came a point when my thrice-weekly therapy sessions paid off and I came to my senses. The insanity lessened marginally over time, and eventually I was making smarter, more informed, sane choices.

Here is the insane choice I never made: I never, not one time, involved my child (3 ½ at the time of my divorce) in any of my personal relationships. As tempted as I was in my certifiably insane thinking to introduce my child to the man I’d known for three weeks who I was sure would be his stepfather, there was always a voice of reason in my mind (usually echoing my therapist) telling me there was no rush and to wait it out. Sure, there were times (one or two) when we had dinner with the Bear and his Maltese or the much older man with no job (at least he cooked), but one thing I learned from my parent’s divorce was how to (and not to) involve the kids.

My parents separated when I was 11 months old. I came home from nursery school and said to my mom one day, “Mommy, mommy, Damon’s parents live together!  Why would they do that?” My poor mother then had to explain to me that that’s the way it usually goes (and in the 1970s that was the way it “usually” went). But my parents did things very differently from one another, and it gave me great insight when I got older as to what works and what doesn’t work as a single dating parent.

My father was something of a party animal in his 30s and 40s. He was incredibly handsome, 6’2” and the ladies LOVED him. These women usually tried to get in good with me, no doubt fantasizing about becoming my step-mother, but most of these women (with a few notable exceptions) were gone as quickly as they had arrived.

In sharp contrast to my father, my mother had “friends.” Sometimes they’d come for dinner and we’d hang out, play cards, etc.  It literally wasn’t until I was in my 20s that I figured out what they did after I went to bed. I remember her having a couple of boyfriends – the conductor who conducted with a candy cane on Christmas, and later someone from graduate school with whom she is still very close – and there might have been a weekend away once or twice, but rarely a sleepover and no one ever moved in. I developed little-to-no attachment to these men, so when they disappeared, I barely noticed.

Needless to say, it was with this heightened awareness that I went into my singlehood as an attractive 38-year-old mother. I had perhaps a rare understanding of the effects different kinds of dating can have on a small child and I knew from experience that the way my mother did things was the way to go. And so those dinners with the Bear or the Cook were never anything but dinner.

We all start out with good intentions. We organize the cabinets and buy things when they are on sale so we can save money, yet ...