When the Sh*t Hits the Fan: Teen’s Legal Trouble Puts Co-Parenting to the Test 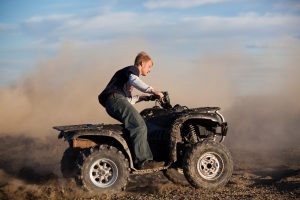 My ex and I separated when our son was almost 8. I can’t say it was amicable, but we did eventually establish a method of co-parenting that allowed both of us to have input into our son’s life, while he primarily resided with me as I homeschooled him after elementary school.

Co-parenting is a great idea in theory, and it has worked well for us over the years, but recently I learned just how quickly co-parenting can dissolve when your child gets into trouble.

I never had any worries about our son. He had a great work ethic, solid morals, and always seemed to have his head on straight. I’m sure he’s done things with his friends that I don’t know about, but overall I didn’t worry. He always came home on time (his version of “on time” being 15 minutes late), despite having the earliest curfew of any of his friends. He always told me where he was going and who he was with. He worked and used the money to buy his own vehicle. All in all, he was an easy teenager to parent. I never had any reason to doubt him, and was almost smug about the fact that he was fast approaching the age of 18 without any problems. His father and I were both very proud of him.

That smug, great-mommy bubble was burst with one phone call.

My ex called to tell me that a sheriff was at his house looking for our son. I turned to my son when I hung up the phone and said, “Is there anything I need to know? The police are on their way here.”

He turned pale and whispered, “The four-wheeler.” He had gone with a friend two days before to buy a four-wheeler from a guy on a Facebook trading group.

“I kind of stole it,” he admitted.

My world crashed around me. I couldn’t believe that he would do something like that. He had the money to buy a used one—and instead he had stolen one?

The sheriff came and spoke with both of us. My son admitted what he had done and took full responsibility. The four-wheeler was immediately returned to the owner, who subsequently pressed charges.

The next morning my son and I had a long talk. I explained that one misdeed such as this could affect the rest of his life. But I also told him that although I was angry and very disappointed in him, I was on his side and would do whatever I could to help him. But his father reacted differently; he called both of us yelling. He was more concerned with how this would look to his friends and his family than anything else. According to him, no one in his family has ever done anything like that, so clearly something must have gone wrong on my end.

The phone calls from his father were full of accusations, and I felt violated. Suddenly this man who had been my co-parent, was questioning my parenting, and criticizing our son. He accused our son of using drugs, being a thief, and went so far as to question whether I should have homeschooled him.

I went with my son to court, managed appointments with probation officers, scheduled community service. I maintained an even keel when everything crumbled around us, loving and supporting him unconditionally. His father jumped ship.

Are we still co-parenting?

In my mind, bringing a child into the world means knowing that he may disappoint you, may embarrass you, and will more than likely break your heart a million times over the years. That doesn’t mean you stop caring for him or loving him when the sh*t hits the fan. While I wish his father could stop worrying about how our son’s mistakes make him appear and start showing him some love, I’m not holding my breath.

In the end it turns out that I’m a single parent—and I’m absolutely fine with that.

Suzanne is a full time freelance writer. When she isn’t drinking coffee and tapping away at the keyboard she enjoys bourbon, music and spending time with her “clan” and pets. As the single mother of two sons she navigates a relationship with a single father, his kids, her kids, and co-parenting with her ex to the best of her ability.

Imagine being home on the weekend, it’s the middle of the night, and your little one is really sick. Maybe it’s the snowing outside, and ...