Don’t Do It: an Argument for Abstinence After Divorce 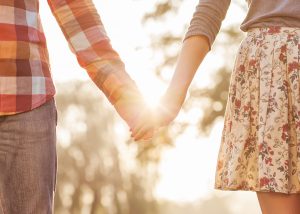 One of the biggest questions on our minds after the divorce dust settles is “when am I going to have sex again? And with whom?”

My ex-husband and I had been high school sweethearts, married for fourteen years, and sex was never one of our problem areas. You do the math – fourteen years of lovin’ multiple times a week. As you can imagine, when I divorced him, I had sex on my mind.

I have long been a proponent of abstinence before marriage, but after my divorce I seriously questioned this long-held belief. I soon realized that if I was to hold onto this belief–and actually put it into practice–I would need greater motivation than “thou shalt not.”  I would need to be very clear on my stance before the opportunity ever presented himself.

It was time to get a game plan.

Here are my top three motivators:

My kids – Let’s face it; sex can be a huge distraction. When, where, how and all that goes into physical preparation. My three kids are with me all but six nights in a month. Add part-time work to being a full-time student, and my kids don’t always get the best of me. Quite frankly, I am exhausted a lot of the time. Feeling like I have to be “on” or physically prepared for sex (the right clothes, a good wax, matching bra and panties) sucks my limited capacity. As a single mother, I have had to learn to say “no” to a number of things that drain my energy in order to have more to give my kids. Sex is one of them.

Attachment – As a recovering co-dependent, I have a history of getting too attached, too quickly. Instead of operating out of my own best interests, I’ve let myself become enmeshed with others. In Melodie Beattie’s book Co-Dependent No More, Earnie Larson defines Codependency as “Those self-defeating learned behaviors or character defects that result in a diminished capacity to initiate or to participate in loving relationships.” In my marriage this looked like self-repression, caretaking, being overly responsible, controlling, and, probably most damaging, self-abandonment.  I put the responsibility for my own self-worth in someone else’s hands, and became a shell of a woman whose only goal was to be the perfect wife so as to keep my life source—my husband—from cheating.

It didn’t work; his infidelity became my identity crisis.

Since my separation and divorce three years ago, I have experienced a freedom like never before. This was not because of the absence of my husband, but rather because I found the presence of myself. I have put a lot of effort and meaningful attention into healing past wounds, learning healthy behaviors, and practicing new relationship skills. It is because of all of this hard work that I am cautious about getting into a relationship where I might attach too quickly and lose myself once more.

Let’s not forget that sex is the express-route to attachment. The chemical reactions in our bodies that take place during intercourse are created to help us attach to our partners. Oxytocin is a hormone that acts as a neurotransmitter in the brain. This hormone is stimulated during sex (also during birth and breast feeding) and is known as the “bonding hormone.” In humans, as well as other mammals, this hormone helps us bond to (and trust) our mates. It is important for me to know that my attachment is born of actual bondedness and trust created over time, rather than a hormonal release. After experiencing marital infidelity, it is of utmost importance for me to abstain from the kind of physical attachment that could cloud my judgement.  I have come too far in recovery to connect with someone who is not ultimately in my best interest.

Ultimate intimacy – According to Henry Cloud and John Townsend, in their book Boundaries in Dating: “If someone has not married you, then they have given less than 100 percent, so they get less than 100 percent of your body.” Cloud and Townsend go on to say that sexual intimacy “is the highest form of expression that you can give another person…It is the highest value that your body possesses to give to someone.”

Since my divorce I have dated a bit, and even met someone with whom I had instant sparks. I let myself become more physically involved than initially intended. We broke off the relationship shortly thereafter and I hated the feeling of having opened myself physically to someone who is now no longer in my life. I had shared a part of myself with someone who, ultimately, didn’t deserve the sanctity of that expression.

It would be a disservice to make it sound like three bullet points are the magical source to abstinence after divorce. It would also be a disservice to say that this is an easy choice to live out—it’s not. Physical attraction is a powerful force. In order to keep it in its place, I am up-front about my choice when dating and I am leery of men who push the boundary in an attempt to change my mind. Having become a much more direct communicator, I am also fairly transparent with the struggle and the awkwardness.

I strive to be an emotionally healthy person who loves well, and I truly desire to marry an emotionally healthy man who also loves well. Physical intimacy can blind us not just to our own emotional state, but also that of the other person, and ultimately to the relationship as a whole. I want to go in to my next marriage with clear vision. I do not want to be surprised after the vows are said, and I am convinced that I need to keep my sexual desires at bay in order to really see and be seen: to know and be known.

Sommer is a blogger at www.LetGoBeTrue.com. She also works behind the scenes assisting other bloggers. She is a solo parent to three boys, ages 10 yrs. and under. And if that wasn't enough, she's following her passion by furthering her education in Health Psychology.

You try. You know that a civil relationship with your ex is the best thing for your children. And you really do try. But sometimes, ...