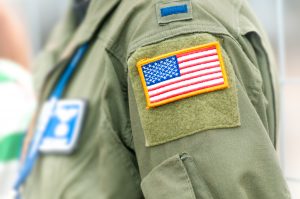 You might think you know what happens to kids because of divorce…but I’m here to prove you wrong.

Brian D’Apice has dedicated his life to the service of others. He is a U.S. Army veteran, a former teacher in Indonesia and Thailand and is currently planning to bicycle around the perimeter of the continental U.S. to raise money for children in Asia. Brian is also a child of divorce.

As a divorce coach, I hear it all the time. “My marriage sucks, but I can’t get divorced because it will damage my kids.” Or I hear, “We’re waiting until the kids are old enough to go to college.” I have an issue with these statements. Firstly, they assume that your kids aren’t aware of the miserable state of your marriage or that it doesn’t impact the quality of your life together as a family. They do and it does. Secondly, these statements are also founded on the self-limiting belief that kids are damaged by divorce. They don’t have to be. As co-parents, YOU and your ex are fully in control of what kind of damage is incurred. Developmental psychology studies over the last 20 years have shown that kids aren’t damaged by divorce. Kids are damaged by parental conflict.

And I point the finger at mass media for creating some of our central, collective perceptions about the latch-key kid, neglected at home after divorce and pre-destined for a life of bad choices. While this certainly can and has happened, it can be avoided. You can choose a different path. Your divorce could be the catalyst for teaching your children resilience and core values.

Brian D’Apice is a child of divorce … and he has dedicated his life to the service of others. Brian D’Apice is not the horror story you hear about. He’s the kid that every parent is proud of. He’s the example I want you to think of when you … or your friend or family member … says, “divorce damages kids.” And his parents’ divorce story isn’t pretty either. It is messy and complicated, like a lot of divorces.

Larry D’Apice, Brian’s dad, was married young. Actually, he was married and divorced before he was 25 years old when his wife left him for another man. And then, he re-married his ex-wife a year later when she came back. They built a life together. They had kids together. He built his business. And then, after 25 years of marriage, his wife announced that she wanted a divorce the day before Thanksgiving and just two months after the 9/11 attacks on the USA. In retrospect, he says that he never felt “all in” the second time around. He was always waiting for that other shoe to drop. Of their three boys, the oldest was in college and the youngest in middle school. Brian, the middle child, was 17. Upon learning that his parents were divorcing, Brian said “Oh my god, we’ve become a statistic.” Even after they announced their intention to get divorced, nothing changed for 2 years in the household. They didn’t argue or fight. Larry describes it as “sterile.” They tried marriage counseling. They went into mediation. They were in divorce limbo. And unbeknownst to Larry, his wife had already hired a lawyer. And she had put all of their joint assets in her name. And so it began, the multi-year divorce battle over the business assets and custody of their youngest child. After his first semester in college, Brian announced he wanted to join the Army. Larry believes that Brian chose the Army due to the tension in the house, but Brian denies it. Larry is also worried that none of his sons will choose marriage based on their experience with his divorce. Brian denies that too.

Brian claims to have had a “perfect” American childhood. Mom at home. Dad at work. Nice house. Sports after school and on weekends. He never saw the divorce coming. Even after the announcement, there was never any fighting in the household, but his parents had started talking about each other in ways Brian had never heard before. By the time the divorce battle got truly heated, Brian was already in the Army. Even from afar, he did what he could to mentor his younger brother who was front and center in the divorce battle. Brian served two tours in Iraq before coming home and finishing college. Drawn to Asia, without any financial responsibilities and looking for adventure, he went to Thailand without knowing anyone or speaking the language. He took a class to get a teaching certificate and then looked for a job on his own. After Thailand, his travels brought him to Taiwan and then Indonesia where he continued to work with children.

Granted, Brian was 17 when his parents started the divorce process. And even he will admit that he considered himself an adult at that time. Looking back on it now though, he also realizes that he was still a kid then and his parents’ divorce did have an impact on him.

“With my parents’ divorce, I was able to see deep dysfunction in humans.” Brian says. His experiences in Iraq and his subsequent travels showed him what deep poverty looked like. He calls Jakarta “Baghdad without the bullet holes.” Juxtaposed with his parents’ divorce battle back home, he realized that the things his parents were arguing over were petty in comparison to what he was seeing in the rest of the world. He calls it “insanity turned into a learning experience.” And observing their dysfunction gave him a larger perspective on life and on what is truly important. He thinks it shaped him for the better. He learned a lot from watching his parents and is determined not to make those same mistakes.

And while he is disappointed that his parents weren’t able to find a path for themselves and their kids to more amicably end things sooner and without having had to lose so much, he knows that both his parents love and support him unconditionally. Brian also knows that home IS family. Brian lives his life with deep appreciation. “I feel like I won the lottery. I’m American, debt-free and healthy” he said. And he feels that he’s had more than enough of everything – capability, education and opportunity. Money isn’t even in the equation for Brian. His goal is to make a huge difference for people who really need it.

Starting in April 2015, Brian’s next project is to bicycle around the perimeter of the continental U.S. to raise money for two charities — Connecting Families and Pencils of Promise – to help provide basic needs and healthcare to children in Asia. Click here to listen to Brian discuss his project. And click here to visit his website. I support Brian in the change he is trying to make in the world … and I hope you do too.

Divorce is transformation. You can use it to learn and grow or you can remain stuck in a bitter cycle for years on end. Having been through it himself, Larry D’Apice wants parents to model better behavior for their children in their divorce. In the 10 years since his divorce, Larry has tried to help parents considering divorce avoid the unnecessary pitfalls he encountered that will have a negative impact on their children. Family comes first. His own divorce taught him to focus more on his children. And as a child of divorce, Brian also learned a lot. In many ways, his family became closer. And his experiences overseas gave him an appreciation for the bigger picture, which made his parents’ divorce seem insignificant in comparison. Brian also admits that since his parents’ divorce, he’s “very careful” and selective with women. So, Larry’s hope around his sons’ future marriage might have to wait for some time, after all. And that’s OK. Brian has more important things to do right now anyway.

Much thanks to Brian D’Apice and Larry D’Apice for being so open and sharing their stories with me.

Laura Miolla is a certified divorce coach, divorce mediator, writer, Internet radio show host and divorced mom of two young children. Her purpose is to help you succeed at making positive change before, during and after divorce. With clarity and knowledge, you can own this process, so that it doesn’t own you. More at www.moxielifecoach.com

Longing for a Father

Until I got married and had a son, Father’s Day had been a horrible day for me. Before then I’d never really understood the love ...