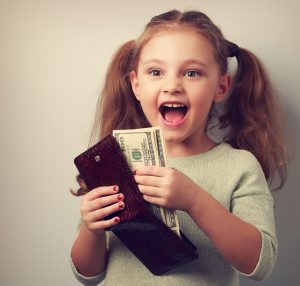 Getting out of debt can prove to be a serious challenge for solo parents. We’re more likely to be raising kids on one income. But, there is good news. There are a lot of things that can be done to reduce debt immediately. Just keep in mind that you can only eat an elephant one bite at a time. Debt works the same way. It isn’t going to disappear overnight, but you can make immediate progress if you use these strategies.

This is one of the more obvious methods to reduce debt, but it’s also one of the most overlooked. The process is actually pretty simple. Add up your bills for the month, including estimates for groceries and gas. Then– here’s something that people forget to do, but it’s really important– add in entertainment expenses each week. Solo parents work hard, and it’s perfectly acceptable to spend some money on fun. And if you don’t actually use the money for entertainment that you’ve allotted, save it for use later on. Better to budget for it than to ignore it.

Now add up your income for the month. Divide both the budget and the income totals by 4, even if there are 5 weeks in that month. This keeps you in the habit of taking out the same amount of money each week, even when there is an extra week. A spreadsheet is a great tool for this because it allows you to list specific places where that money goes.

Take a look at what is left at the end of the month. Split this amount between a savings account and old debts. In this way, you aren’t just taking care of the past, but giving yourself some hope for the future as well. If you have nothing left, or find that you are in the red, it may be time to apply for assistance on a temporary basis.

One of the biggest hurdles to paying off old debts is that the numbers can be emotionally overwhelming. If you are paying $20 a week on a $10,000 credit card debt, it doesn’t feel like you are making much progress. Instead, split your payments between the highest debts and the smallest ones so that you can actually pay something off and feel like you are making immediate progress.

Creditors are normally more than willing to work with you to reduce your debt. You can often pay off debts for a fraction of their value. They are willing to do this because at the end of the year, it’s a tax right-off for them, but they are still collecting some of the money due to them. Just make sure that the agreement you make with them includes a statement on your credit report that the debt is paid in full rather than being a charge-off.

If you are unsure of how to approach your creditors, use a few of the tactics below.

Medical bills are some of the largest debts that many Americans carry. It’s time to see what you can do to reduce them. First, call the facility and ask for financial aid forms. If you happen to be on any kind of government assistance, you may qualify for up to 100% of the debt to be forgiven. If you aren’t on any kind of assistance, you may find that they reduce the cost overall, especially if you don’t have insurance.

If there are claims that your insurance company has not covered, but they are written into your policy, contact the insurance company. If the claim is denied, ask for the name of the person who denied it and then ask to speak with a manager. Sometimes insurance companies use people who aren’t well-versed on the policies and who honestly have no business denying claims. This practice is unethical, but it’s done because so many people are unaware that they can fight the denial.

When older debts are not addressed and the company has not made any attempt to contact you, they can eventually fall off of your credit report. That isn’t to say they won’t appear later on, but they shouldn’t be your top priority. Work from newest, high-interest debts to the oldest so that you can eliminate the ones you know are going to be on there for years.

Finally, sign up with places like CreditKarma.com so you can easily monitor your credit and how your payments are impacting your credit score. This helps you stay motivated as you see the score go up while the debt goes down. You can also get a free copy of your credit report so that you have something to reference.

Finally, consider looking into opening an Individual Development Account (IDA). These accounts provide matched funds so that you save up more than you put in. One of the steps in developing these accounts is to take classes to learn how to manage your budget and credit. The program is run on a local level, so class locations vary and depend on where you are. But, at the end of the process, you’ll have better credit, as well as up to 3 times as much as you yourself put into your savings account.

So go ahead, shed debt! You deserve to live debt free, and so do your kids.

Kathy Foust is a single mom, freelance writer and editor. Once upon a time--15 years ago-- she was a resident of a battered woman's shelter, working her way up, using available resources for survival. Thanks to hard work, grants, and scholarships, she now holds an M.Ed. and works from her (paid-off) home, which sits on 4 acres in the countryside.

Stay In Touch with KidsConnect

If you’re looking for a simple way to keep in touch with your child–and even track where she is at any given time– check out ...