Surprise! Women, Not Men, Are The Big Financial Losers In Divorce 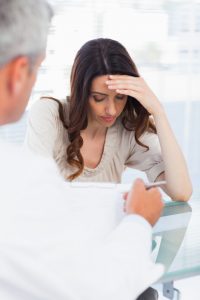 80% of divorce is initiated by women and yet, it can take years for women to recover financially. Zsa Zsa Gabor shaped an entire generation’s idea of women and divorce when she said “He taught me housekeeping; when I divorce I keep the house.” Even today, there is still a prevailing social opinion that the court system favors women in divorce. We’ve all heard the same stories of that co-worker’s second cousin’s cousin who got divorced and ended up living in squalor while the wife kept the kids and the house. With no real evidence, most of us believe that women “get more” in divorce — alimony, child support, favorable custody arrangements, the house and 401K. Maybe we read (and believe) too much celebrity gossip or just go along with inherited beliefs that no longer have any relevance today.

Whatever the reason, today’s truth is that women, not men, take the financial hit in divorce — and it takes years to recover.  Multiple studies conducted over the last 10 years all demonstrate that a woman’s income drops significantly after divorce, while a man’s stays the same or increases. Divorce is financially devastating. You are dividing assets and  transitioning from a double income back to a single paycheck — a situation that would be difficult for anyone. But why do divorced women bear the bulk of that financial hardship on their current and future income at a much higher rate than divorced men?

Some typical reasons include:

● Too often, women aren’t involved in the financial decisions in their marriage

● Women often don’t advance in their careers, as much as men, due to the needs of their children

Based on my own divorce experience, I think the problem goes even deeper. I add the following observations:

● Women Earn Less Than Men. The 2010 U.S. Census says that, on average, a woman who worked full time all year made 77 cents for each dollar earned by a man working similar hours. If that woman is black, she made 62.3 cents for each dollar earned by a white man. If she is Hispanic, she made 54 cents for every dollar a white man earned. The National Women’s Law Center’s ongoing analysis of that data suggests those numbers haven’t changed much over the last decade. We are already behind the eight ball.

● Financial Statements Don’t Tell The Whole Truth. Assuming the U.S. Census figures are true, it means you have to work much harder than your male peers to earn a similar salary. How is that additional time and effort quantified on your financial statement? It isn’t. And since that information  isn’t taken into account during your divorce, you are already on extremely uneven ground from which to negotiate. And how can you even negotiate  when apples aren’t apples, but oranges?

● The Court System Is Flawed. It tries to equalize the financial situation between the husband and wife in a divorce without considering that a women needs to work a lot harder to make the same pay as a man and still has less earning potential than him. So, it is trying to equalize a situation that is inherently unequal, which is never a recipe for success.

And trying to prove how unequal the system is will only result in more debt for you.

● Money Talks. Stereotypical, but true. The person with the most money or financial leverage in a divorce typically gets what they want. And  unfortunately, that’s the man. Why? He doesn’t need to negotiate or settle when he knows that you won’t have the money to continue in the process — or if you do, it will be at the cost of huge financial debt. At some point, you have to cut your losses regardless of the consequences. There is no “fair” in divorce. And this explains why we still have the perceptions of divorce that we do. With more money on their side, men get to create the narrative on divorce and claim they are the victims. Not so, according to the evidence.

● Divorce Recovery Takes Longer For Women. According to Lenore Weitzman’s book, The Divorce Revolution, women experience a 73% reduction in her standard of living after divorce. In contrast, men enjoy a 42% increase in standard of living. Holy cow! And it typically takes 4-6 years for women to recover financially after a divorce (if ever) — though, as you might imagine, women without children tend to recover faster.

The big message here is that neither marriage nor divorce should be undertaken lightly given the potential financial consequences.

The picture I painted here looks bleak if you want a divorce. It doesn’t have to be. Divorce is freedom. And per the American Express commercials, freedom is priceless. Move forward towards your dreams, but use this information to your advantage. Recognize the system isn’t fair or rigged in your favor. Don’t engage in heated emotional battles with your ex. You will only be prolonging the divorce process, increasing the cost and delaying your future recovery. Do opt for divorce mediation as the fastest, cheapest way to get divorced. Keep your focus on the bigger picture — what is most important for you now and in the future. And as in life, don’t sweat the small stuff. You’ll be paying for it if you do.

Laura Miolla is a certified divorce coach, divorce mediator, writer, Internet radio show host and divorced mom of two young children. Her purpose is to help you succeed at making positive change before, during and after divorce. With clarity and knowledge, you can own this process, so that it doesn’t own you. More at www.moxielifecoach.com

Making an Easy Transition Back to School

Another school year is upon us, and we solo parents have a little something called transition on our hands. Maybe summer saw kids at camp, ...