How to Get Health Care After Separation 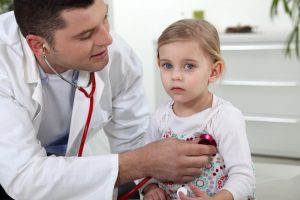 Navigating through the maze of health care coverage choices can feel daunting in the best of circumstances. But after a separation, the very words “Affordable Care Act” could cause an anxiety attack. Take heart, Solo Nation, your new status might actually be a blessing in disguise. Though especially true if you are old enough to qualify for Medicare, the Affordable Care Act has expanded opportunities based on income.

In order to understand how you might obtain insurance as a newly divorced person, you have to understand how the state and federal government look at households. If there is more than one adult living in a household, the government assumes that the adults’ incomes are combined. In order to separate one income from another, you would have to separate household costs. For example, if you were to fill out an application for EBT, or electronic benefits transfer (ie: food stamps, TANF in some states) you would be asked to list all of the incomes for the household. You could offer the fact that the people in the household eat separately and pay for their own food. This would separate the income so that each individual is considered separately (rather than having all incomes considered combined). But people who are married– and children up to the age of 26– are considered a household, even if the people in question don’t live in the same house.

For insurance purposes, in most states, having a legal separation does not convert the status of the household from married to unmarried. As long as you are married, you are considered a combined unit, regardless of where you live. The two scenarios below can help explain how this works. In each one, assume that the couple was originally married and living in the same household.

There are certain qualifying “life events” that allow an individual to buy insurance through the Special Enrollment Period. This is a stretch of time outside of Open Enrollment. Only certain life events can qualify you to obtain insurance during this time. Divorce happens to be one of those life events. Other life events include: children turning the age of 26, the death of someone in the household, birth or adoption, change of residence, or change of employment or income status.

In the past, it was difficult to apply for any kind of state-based insurance plan based on income. The process involved applying for one plan, getting denied, and applying for another plan. You could also apply for more than one plan at a time using an individual application for each plan. The states relied completely on percentages involving the Federal Poverty Line. Net income was then estimated and certain expenses were deducted. Today, the Modified Adjusted Gross Income (MAGI) system estimates your income and your resulting insurance options.

Rather than estimating your net income and then deducting a percentage based on estimated expenses, the MAGI system deducts a percentage from your gross income. This does not change the qualifying amounts, but it does simplify the process. This was not the only simplification that the Affordable Care Act implemented.

Applying for– and Modifying– Insurance

Today, you can apply for multiple insurance plans at once in most states. You can also make changes to your insurance plan, including removing someone from that plan.

Advantages of Divorce as Applies to Insurance

When you apply for insurance through the Marketplace, your income is always taken into consideration. That means that while you are applying for an insurance plan you have to pay for, you are also applying for Medicaid. The plan you are offered is based on your income. This means you don’t have to fill out separate applications for each insurance plan you think you might qualify for. The system will automatically offer you the one that fits your income best. This means you might be put on a significantly more affordable plan because your spouse’s income is no longer considered.

Medicaid is an insurance plan for those who live on a very limited income. It can be difficult to qualify for this plan. However, paid state insurance plans offer premiums based on your income, with insurance that is almost identical to Medicaid. Most of them are actually offered by the same insurance companies. Each state offers them by different names, but they amount to the same thing. For instance, Indiana offers the Healthy Indiana Plan (HIP) and HIP Plus. California offers Medi-Cal or California Cares.

Don’t let separation or divorce distract you from getting health coverage. Take a few steps to use the momentum of the change of circumstance and take charge.

Kathy Foust is a single mom, freelance writer and editor. Once upon a time--15 years ago-- she was a resident of a battered woman's shelter, working her way up, using available resources for survival. Thanks to hard work, grants, and scholarships, she now holds an M.Ed. and works from her (paid-off) home, which sits on 4 acres in the countryside.

When the Sh*t Hits the Fan: Teen’s Legal Trouble Puts Co-Parenting to the Test

My ex and I separated when our son was almost 8. I can’t say it was amicable, but we did eventually establish a method of ...