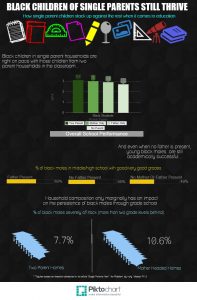 As I have been on this journey raising my kids, I have had to really take stock and forgive myself for some decisions I have made throughout my life. Up until recently I carried a boat load of guilt. Guilt for a ton of things, but mostly for being irresponsible and not taking the time to fully know the men I choose to be in relationships with and subsequently have children with. This doesn’t apply to the father of my first son. We were young, dating in high school and continued through our early twenties when my oldest son was born. That relationship faded for the necessity of individual growth. But when speaking about my last two relationships, both short lived, both resulting in kids, I moved fast and that was the bane of my existence up until recently.

I use to dream of this place called “Do-Over Land.” This magical place where bad decisions, and what I deemed mistakes could be repeated with a better outcome. An outcome that matched more with who I thought I was, instead of the person I actually was, who, made those decisions – because what kind of woman has 4 kids by 3 different men, that’s not me. Ummmm – yes it is. It is me. I made those choices willingly and with the knowledge I had at the time. Were they the best decisions? No. Were they necessary? Absolutely. At the end of the day, my kids are here for a reason. Those relationships were necessary for a reason. That doesn’t mean it isn’t hard, it just means it is all worthwhile in the end.

I know I am not alone in my struggles. There are countless amounts of women who are in the same shoes as me and have probably had the same aha moments as me. It is important for all single mothers to realize it is all divinely intertwined. Don’t believe articles such as this, or this which are extremely disparaging. Immerse yourself with the real truth – like presented here – which proves that while children thrive better in two parent households, those children raised with just one parent aren’t damaged goods and neither are we.

Toi Smith is the blogger behind Lessons From A Baby Mama, the space where she explores her life as a single mother and those lessons learned. When she is not writing, she is busy raising her 4 wonderful sons. More of her writing can be found on her website http://babymamalessons.com/ .

Maybe It’s Grief: What I Learned From My Weekends Alone

I drank too much last night. It was an effort to make the most of the time without my child. That might sound cheap, but ...