All We Did Was Fail to Stay Married 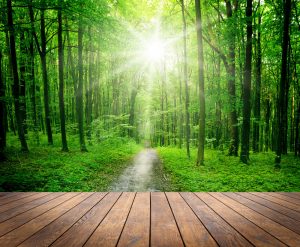 Recently I met a happily married friend for lunch. We sat at a communal table where chatting with other women was inevitable (in a good way). When our conversation turned to marriage, one of the women revealed that she was in the midst of divorce. She and I exchanged war stories and regrets and eventually, I blurted out, “Look, people who stay married … stay married.” She guffawed, indicating that she knew what I meant.

Most people don’t know what I mean.

Here’s the deal. I give a lot of credit to people who stay married. I wish my ex and I had had the wherewithal to do that. But there’s a misconception that married couples have some elusive method that ensures their love will endure. In reality, what they usually have is one thing — a relentless resolve to keep their commitment to stay married. While it’s only one thing, it’s the whole kit and kaboodle. They go through sh*tty stages, disappointments, sometimes infidelities and betrayals. They let each other down but inevitably pick each other up, or pick themselves up. Whatever they do, they don’t get divorced. They may separate and they may second-guess. Sometimes they take each other for granted or even abuse one another.

The only thing “successful” marriages all have in common is that they stay together. Of course by “successful,” I mean simply staying together. Most of us want more than that, more than just enduring years of misery just to be able to say, “we made it, we are a success story.”

I’m torn, I think these days, we are collectively, sorely lacking in loyalty and endurance. This is reflected in our high divorce rates and I think it is to the detriment of our kids and society.

But, there is also the pesky issue of entitlement. While that’s become a dirty word (for good reason), we must have some standards for what we are entitled to in a relationship. Certainly, fidelity and safety are reasonable expectations in a There’s a vast grey area in which discontented married couples ruminate, sometimes for years and sometimes for the entirety of their marriages. Do I deserve more? Or better? Did “for better or worse” mean “for worse and even I will always admire those who “stay married.” My mother and step-father (turned real dad) have stayed married for 35 years and have been together for 40!

Knowing what they went through to keep it together, I think they deserve a giant trophy filled with cash and a lifetime supply of massages.

Still, I think it is important not to romanticize what those “successful” married couples have, and also not beat ourselves up for not having it. A husband or wife cannot determine for the other when the level of dissatisfaction outweighs the benefits of staying together. Obviously, if a partner wants out, they have the right to do so. Does that make him/her a failure? Does it make the left behind spouse I do perceive divorce as a failure. It’s a failure to keep the commitment to stay married. That’s it. It is not automatically a failure of character or a reflection of some inherent flaws. It is simply a failure to do one thing- stay together.

This may seem obvious, but it is a revelation to me. It is so easy to feel like a total failure when a marriage falls apart. The toll it takes on everyone, especially the kids, makes self-forgiveness especially challenging. The distinction alone of being a “single mom” makes my skin crawl; can’t I shake that off and just be me?

My ex and I did not fail each other in every way. I will never pass the buck though; I’ve told our kids that their dad and I failed to stay together and for that I will always be deeply sorry.

While kindness, compassion, romance and spontaneity can make for a more satisfying relationship, the best advice I have for those couples that want to stay married is, you guessed it… stay married.

Rebecca Bitton is a mom of two boys, living in Los Angeles. She is also a writer, editor, and certified mediator. Her musings can be found at Survivinglimbo.com which chronicles her experience of living and parenting while in-between married and divorced (which she refers to as “single-ish”).

The Rise of the Devoted Dad

For years, divorced dads were characterized largely as absentee parents, narcissistic deadbeats who skipped out on child-support payments, or both. But as cultural mores changed ...