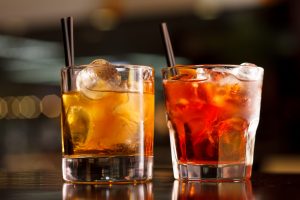 While actor- comedian Bill Cosby stands accused of sexual improprieties against as many as 35 women, there are some important lessons in dating and parenting for solo parents to ponder.

Publicity about the allegations, nearly all of which include drugging and raping the accusers, has led to a 50% increase in calls to the National Sexual Assault Hotline, according to the Rape, Abuse & Incest National Network.

It’s also worth noting a spike in calls to such hotlines when news broke about former Baltimore Ravens running back Ray Rice assaulting his then-fiancé Janay Rice, observes famed discrimination attorney Gloria Allred, in an interview with Solo Parent. Her law firm handles more women’s rights cases than any other private firm in the nation.

Allred was contacted by many of Cosby’s alleged victims and has suggested that the TV icon waive the statute of limitations, as was the case with high-profile allegations against Catholic priests, so that both sides could have their day in court.

Allred, who was a single mother for several years and has tremendous regard for all solo parents, believes it’s important for men and women alike to verify who they’re dating before being able to trust that individual.

“It’s difficult because when they’re dating, they’re looking for an intimate relationship,” she says, “and I don’t mean just sex; I mean a partner who can be trusted and whom they can know, and the date can get to know them. There’s going to be a degree of trust that is necessary for that to happen.” Slipping a powerful drug into someone’s drink “can happen in a bar or at a party, even if you’re not dating,” says Allred, who believes a drink should never be left out of one’s sight under any social circumstances.

Chitra Panjabi, VP of the National Organization for Women, said in a recent statement that “while we have made small strides over the years towards shifting rape culture through legislation like California’s recently passed “Yes Means Yes” law, and President Obama’s “It’s On Us” campaign, we have much further to go, both as a country and as a culture.”

If there’s a key take-away or teachable moment from the Cosby story for solo moms and dads, it is the importance of sending clear messages to their children about “what is healthy, acceptable and ethical as it relates to a sexual relationship,” according to Sharmili Majmudar, executive director of Rape Victim Advocates in Chicago.

Majmudar says it’s also critical for parents “to create a family atmosphere in which they’re making very clear that they are going to listen and believe anything that their children report to them that makes them uncomfortable.”  Having open communication with the other parent of a child is key.

One common thread to all the stories accusing Cosby was the fear that no one would believe that such a powerful and beloved celebrity was capable of such horrific charges involving sexual impropriety, especially those coming from women who aren’t on the TMZ circuit. But the larger point Majmudar raises is that “no one is entitled to sex with anyone that’s not consensual, no matter who you are.” Anyone who commits sexual violence must be held accountable.

Women are often shamed into thinking they must have consented to sex if they ended up in a hotel room “and that somehow it’s their fault, and they shouldn’t report the guy,” observes Annie Gleason, an expert dating coach whose target audience is midlife singles.

The dilemma for a solo parent, who may be overwhelmed with raising their children, is that while they may want or crave adult love, she says “it’s real easy to take some shortcuts” when it comes to vetting potential romantic partners.

For example, solos may quickly trust someone who appears to be nice, or be less cautious if they feel something like love at first sight. The fact is that “people fantasize an awful lot between first, second, or third dates with someone they’re really attracted to, and you’ve got to remember is that the reality is you don’t [really] know that person,” according to Gleason.

“What happens is [that] people put themselves at risk for being hurt,” Gleason says. “Googling somebody isn’t enough. Take a month or two to get to know somebody before you get in a room on a horizontal surface.”

“I think this is a real let down for America,” says Mike Weening, a fathers rights legal advocate and political activist who heads up Father’s Rights California. “He was known as America’s father, particularly because he held that role on the TV show, and he wrote a book” about fatherhood – a best-seller published nearly 30 years ago.

What concerns Armin Brott, an author of six best-selling books on fatherhood who Time magazine described as “the superdad’s superdad,” is that the public rushes to judging about Cosby without engaging in deeper thought.

“All you’ve got to do is look back a couple of months to the Rolling Stone magazine article [concerning rape allegations] that turned out to be a complete fabrication, where we just jump in and accuse men of things without waiting for evidence, or having anything except one person’s word against another,” he opines.

On the other hand, Brott argues that with so many women now accusing Cosby of the same crimes, “it does make you kind of wonder, and I’m a little suspicious that maybe something did happen. But,” he adds, “I think he should get his day in court, and he should be given the same privileges that anybody who is accused of a crime would get, which is being presented with the evidence and an ability to confront your accusers.”

The take away for solo parents? Don’t rush into anything romantic, only consent to a sexual relationship when you are ready, and remember that you are not only experiencing a relationship yourself, but also modeling healthy relationship habits for your children. Additionally, both parents must listen with an open mind to their children, who may feel scared reporting their discomfort about a parent’s new partner. Paranoia is not necessary, but awareness is crucial.

Bruce Shutan is a versatile Los Angeles freelance writer who has written for more than 100 publications or corporate entities over the past 15 years and recently began ghostwriting self-published books. His extensive reporting on the American workplace dates back to 1985, with a showbiz sideline developed in 2000. His website is www.bruceshutan.com

Try This: the Ikea Date

Have you ever assembled a piece of furniture from Ikea? It looks easy enough.The relaxed smiles in the catalog suggest that those clever Swedes do ...