Maybe It’s Grief: What I Learned From My Weekends Alone 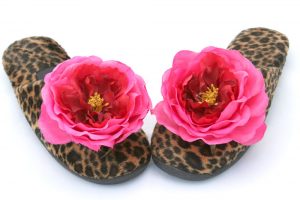 I drank too much last night. It was an effort to make the most of the time without my child. That might sound cheap, but for two weekends a month I get to pretend that I’m an adult woman freed of the crushing responsibility of raising a kid on my own.

I’m wearing pink pajama shorts and a pair of awful leopard print slippers. My head is pounding. I look like I’ve been in a bar fight—but in fact, I only stayed up till midnight binge-watching The Walking Dead and drinking a $3 bottle of wine by myself. Two weekends ago—the last time my daughter was with her dad—I woke up at 8:00 in the morning with my face planted in a plate of chips. This is a poor track record, at best.

Clearly, I have no idea what I’m doing with my “weekends off.” People keep telling me to enjoy my breaks from child-rearing, but it never seems to go down like that. I spend most of my free weekends in a strange daze of too much time, too little to do, and too much guilt to want to do anything.

On this Saturday morning, I look at my reflection in the mirror. There I stand, in my bra-free, leopard-print glory. I want to enjoy my weekends off, but holy balls, I just don’t. I don’t know if I ever will. Weekends without my child remind me that my marriage failed, and that I’m not there to be a mother to my child almost half of the time. I’m certain I’m just half a mother.

Every time I drink too much, sleep too late, or laugh too hard on my weekends away from my daughter, there is an image floating in the back of my mind. It’s my little girl. She’s laughing, playing, riding her bicycle, and wondering where her mommy is. She’s thinking I’ve abandoned her. To that, with questionable Saturday morning repercussions, I say, “What’s the harm in one more glass of wine?”

There has to be a better way to manage the guilt. I haven’t totally figured it out yet, though. The ebbs and flows of a custody arrangement make it hard to ever feel fully adjusted. By the time my daughter returns to me on Monday morning, the guilt turns into a distant memory as we jump into the intensity of our relationship. Then, just as quickly as she’s returned to me, she’s gone again. She floats in and out of my life like a fog. The guilt does, too. Sometimes it’s as thin as vapor, and sometimes it’s so thick, I could cut it with a knife. But it’s always hard to wrap my arms around it, understand it, and accept it.

Two weekends ago, when I woke up with chips plastered to my face and Arrested Development playing in the background, I decided I’d had enough. I was certain that my child was the one who needed help adjusting to our custody arrangement, so I called up a play therapist. Our first visit was last week. The play therapist asked me to come before my daughter’s first appointment, so she and I could talk about what I hoped my daughter would get out of therapy. I kept a firm resolve as I walked into the office and looked into the therapist’s kind eyes.

Those kind eyes coaxed tears from my own.

“I’m so sorry,” I said, through my tears. “I didn’t think I would get so emotional.”

“It’s okay,” the therapist responded. “Can you tell me what’s going on?”

“It’s just that this—this arrangement, where my daughter leaves every two weeks and she feels tossed around and out of control of her life—it’s not what I wanted for her.”

“It sounds like it’s not what you wanted for yourself, either.”

I did not fail her. My marriage failed. And with the failed marriage, I feel the loss of my expectations and hopes every two weeks. Like clockwork, my custody arrangement reminds me of the loss of a motherhood I’d envisioned for myself.

Maybe it’s not guilt at all. Maybe it’s grief. And maybe a glass of wine and a night spent binge-watching The Walking Dead is exactly what my grief needs. Grief deserves hot pink pajama pants, leopard-print slippers and a face that looks like it’s been in a bar fight.

My grief certainly needed a kind play therapist to remind me that I’m not so much guilty over the loss of my daughter, as I am grief-stricken by the loss of the mother I wanted to be.

Based in Dallas, Mary McCoy is a writer and social worker for disenfranchised women and children. She’s a single mom to one daughter, a lover of Texas barbecue, and a die-hard fan of yoga.