Co-Parenting With Different Values: Being Bigger Than Our Problems 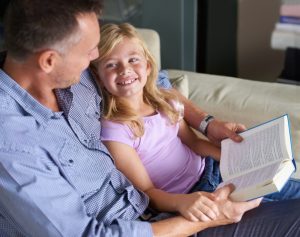 It’s difficult to couple your values with another adult when you are married, but when you’re under the same roof, communicating about your differences is done in real time.  When you’re divorced, however, discussing important issues, such as money, discipline, school, screen time, etc. can be more difficult, or even worse, impossible.

Mark B. Baer, Esq., a family law attorney and professional mediator in Pasadena, Calif., reports that, not surprisingly, “Parental conflict has been shown to be the most harmful thing to children—not divorce. Children need parents who are bigger than their problems. The end goal is to be better parents to your children.”

This means that as parents we have to find ways to talk to our children about our values without knocking the other parent’s. And that means putting to rest the belief that your values are the right values for your child to emulate. Because who’s to say which parent is the ideal parent?

What is the best way to impart your values on your kids?  Be consistent with what you do and say during the time you have with your children. “If you walk the walk and talk the talk, your child[ren] will know your values and that they served you well,” says Baer.

That said, it’s important to have a discussion with your children about your values, and explain your reasoning behind them. As your children get older, teaching them about your beliefs helps them grow and develop values of their own.

How to Talk to Your Child

Age plays a big factor in how we talk about values with our kids, says Robin Deutsch, Ph.D., director of the Center of Excellence for Children, Families and the Law at Massachusetts School of Professional Psychology (soon to be William James College).

Maybe your ex allows your child to stay up later than you think is necessary. For children younger than seven, you can make a statement such as, ”The rules are a bit different here at Daddy’s house. Here, your bedtime is at 8:00 and we turn off electronics at 7:00.”

Explain to your child why you’ve established particular rules and your rationale behind it: “We turn off our electronics at 7:00 because quiet time before bed helps our brains calm down so we can go to sleep.” State what you believe to be best for your child, explain why and leave the other parent’s rules and values out of the equation.

When a values issue arises, ask the teen what her beliefs are about a particular topic. Talk about how she views the difference between your values and your ex-spouse’s, and how she might see things if she were the parent.

It’s also helpful to discuss long-term consequences of specific actions. For example, your teenager wants to go to a party where alcohol might be served. While your ex-spouse may let her attend against your wishes, you can talk to your teen about the consequences of drinking alcohol, including possible legal action if caught. If she thinks about how this might affect her future, she may think twice about attending the party—regardless of what you or your ex think.

Throughout your discussions with your children, it’s important to allow them to be autonomous. “Our kids aren’t mini-me’s. They have different likes and dislikes,” says Baer. Essentially, it’s okay for them to hold values that are different from yours because they aren’t you. Or your ex.

Your Ex Has Values Too

“There are different ways to parent kids,” says Baer. “Parenting styles are a matter of perception. Who’s to say that yours is better? ‘Better’ is in the eye of the beholder. Unless it’s something that’s endangering the child, it’s not the end of the world.”

So find some common ground. Don’t let go of your own values, but allow your ex to have his or her own too.

“You couldn’t change the ex when you were married to her; now you’re divorced and you’re definitely not changing her,” says Judy Rabinor, Ph.D., a clinical psychologist and author of Befriending Your Ex After Divorce: Making Life Better for You, Your Kids and Yes, Your Ex.

In the end, it’s vital to your child that you don’t demean your ex-spouse’s values. If you choose to radically change the dietary rules in your household, for example, talk to your child about it. But don’t expect your ex to follow suit. Likewise, your ex shouldn’t expect you to support five-times-a-week basketball clinics without checking in with your schedule first. But if you make the decision together, you can both be heard.

“It’s about learning to accept that you have to respect this other person’s right as a parent,” says Rabinor. “They’re going to leave their stamp on your child, just as you are.”

Conflicting values may be what led to divorce in the first place. When a child is in the care of the other parent, we can’t govern how our children are parented. This can lead to animosity and resentment between co-parents, and worst of all, these conflicts can harm our children. Let’s be bigger than our problems–our children will thank us for it.

Get to the Front of the Line: A Checklist for Streamlining Assistance

Parenting on an one-income household may require a solo parent to apply for financial assistance at some point in time. If the time comes that ...