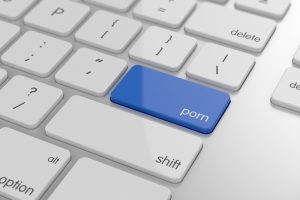 You’re in your sexual prime and are really starting to enjoy being single. For the first time in a long time, you’ve had the chance to do some experimenting, and maybe have had fun posing for photos that leave nothing to the imagination. But then you have a messy break-up, and not long after, you discover that the photos that you thought were an intimate and private affair, are now online for all the world to see.

Now that over 80% of companies say they rely on candidates’ online reputations as an employment screen, compromising photos and videos posted by a vengeful ex can hurt your job prospects, not to mention be very embarrassing. Even worse, the perpetrator can try to blackmail you. You can fight back, but it may not be easy.

If the photos were selfies, you could try suing for copyright infringement, but in order to prove that you are the rightful owner of the photos, you’d have to register them with the U.S. Copyright Office in Washington, D.C. As John Oliver, host of HBO’s “Last Week Tonight” recently commented, “Yes, to stop strangers from seeing their naked bodies, some women have had to send more strangers more pictures of their naked bodies.”

There is hope for the future. Sites such as Twitter and Reddit have banned the posting of sexually explicit content without the consent of those depicted, and Google recently announced they will soon allow victims to request that search results with such images be taken down. But sites like MyEx.com still thrive, even though they have been sued for copyright infringement.

States that do have laws against involuntary pornography are prosecuting offenders more aggressively, especially those that are exploiting victims financially. And Rep. Jackie Speier (D-Calif.) is actively working on federal legislation called the Intimate Privacy Protection Act to ban the practice. But with Congress’s inability to even pass laws against sexual harassment in the military, many do not feel confident this will ever happen and are focusing their efforts on passing laws in individual states.

Some forward-thinking couples are even including social media clauses in their prenuptial agreement, where they agree never to share photos or posts that might harm a spouse’s professional reputation.

In the end, it’s probably best to follow the adaptation of an old adage, “Don’t pose for any photos that you wouldn’t want to see on the front page of the New York Times.” Rather, think before the click, and rely solely on your own fond memories of adventurous nights.

Suzanne Driscoll writes from Rochester, New York where she is appreciating the quiet of her empty nest while her son is away at college. She enjoys writing about business, education and parenting, and worked as a ghostwriter for a full length book on credit repair.

Why Your Kid Needs a Solo Community

My daughter, who is five, sat with slumped shoulders at our kitchen table. She was in her snowman PJ’s, swinging her legs sadly. This was ...