The ‘Uncle Dad Syndrome’: When Divorced Dads Act Like Carefree Uncles and Why Their Kids Feel Cheated 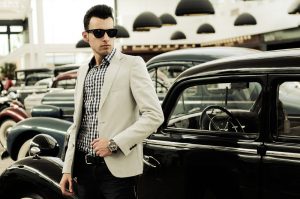 As a divorce mediator in California, I see the very best of single fatherhood in action. Shared custody is common and many of my divorcing clients choose a 50/50, 60/40 or 65/35 timeshare. Their kids grow up with a committed, loving dad sharing in the upbringing and it lightens the single parenting burden on the mom.

Unfortunately, not all custody shares have as happy an ending, particularly when there’s an “Uncle Dad” in the picture. Also known as “Disneyland Dads,” I call them “Uncle Dads” because it’s not just about indulging the kids. It’s the entire personality of this type of dad and the way he parents. And while Uncle Dad parenting has been around for generations, the concern now is how it impacts kids (and moms) in the divorced setting.

Uncle Dads approach parenting with the same attitude you’d expect from fun-loving, bachelor Uncle Bob. This parenting style is harmless when Uncle Bob watches the kids for a night or two, but it’s problematic for kids living in their Uncle Dad’s household for any significant amount of time.

The classic Uncle Dad often shows up late to start his 2, 3 or 4-day custody stretch because “something came up,” he was “tied up at work” or “at the obligatory happy hour.” He may be highly effective in his job, but he approaches parenting as: (1) play time; or (2) time for the kids to hang around his house while he’s on his computer or phone or otherwise absorbed in his personal life.

Uncle Dad is preoccupied with his own needs and desires — an unconscious self-absorption. He “waterskies through life,” aware of what pleasures he wants to partake in during his free time, and resentful of anyone who gets in the way. Some of the time, he takes the kids along in his pursuit of fun and the kids enjoy that. He’s engaged with his kids as long as it’s play (and not too long). That’s the “Disneyland Dad” part of it.

When the fun is over, he detaches and the kids are left to their own devices. He doesn’t want to be the bad guy so there are few house rules. He doesn’t like to discipline much, (unless his kids start to annoy him, and then he may complain to his ex about how undisciplined they are).  He doesn’t want to go very deep with his kids, and he leaves most of the difficult, unpleasant and emotional parts of parenting to the mother.

Kids do have a good time with their Uncle Dad, particularly when younger. Who wouldn’t? There are few rules and little or no structure. Kids, if you have homework — don’t worry about it, dad will probably forget. You don’t want to practice piano, wear clean clothes or brush your hair or teeth? You want to skip your baseball practice? No problem — dad won’t care. You want to play video games all morning, every weekend? See a PG-13 movie when you’re nine years old? Stay up late on a school night? Play on your iPod or iPhone for hours on end? Eat pizza and fast food for most meals?

“Let the kids be kids,” say these dads. “They’re just having fun. How can it hurt? I’ve got to finish this email or take this call. I can’t entertain them all the time. I’m the one expected to work and pay support.”

So what’s wrong with this, you may ask?

Children view their parents with rose-colored glasses only up to a certain age. When they start to fall behind in school because of missed homework, when their dad isn’t there at events where other dads are showing up, when dad is preoccupied with texting or his new mate or seems to be emotionally checked out a lot of the time — kids start to notice. They voice their concerns to their mother and turn to her for help.

“Mom, can you pick me up at Dad’s house so I don’t miss my game?”
“I need help on a project and Dad is too busy to help me.”
“Mom, I don’t think Dad will make it to my scout event so can you come?”

This generation is aware of what it takes to get into college by the time they’re in middle school. They might fight with the parent who has house rules, but at the same time they really appreciate and want parental support. By puberty, kids see their parents for who they are. They know which parent they can count on.

What Uncle Dads don’t grasp is that mature parenting involves a hundred small tasks — many of them routine, boring, unpleasant — but which make children feel secure and cared for and help them succeed. Tasks such as: getting them to bed on time so they aren’t struggling the next day in class; having clean clothes and necessary school supplies; stocking the house with healthy food; making breakfast instead of letting them skip it or eat a sugary breakfast bar; taking an interest in their academics; getting to know their teachers and attending the main school events and conferences; encouraging them in their pursuit of sports, music, drama, dance, science, or whatever else they are drawn to (and this includes setting aside time for lessons, practices, performances, exhibits); quizzing them for a test; finding a tutor when they need one; following their sports schedule; making sure they have what they need for the weekend (schoolbooks, clothes, sports equipment) before leaving mom’s house; taking them to the doctor, dentist and orthodontist; staying home with them when they are sick and need comforting.

Uncle Dad parenting might have worked decades ago when parents had traditional roles and kids were free to “grow up like weeds.” But we live in a very different world. Most moms work and kids’ lives are more demanding. Uncle Dads need to step up to the plate the way other divorced (and married) dads have done in this generation.

This is not about moms vs. dads, men vs. women. It is about kids — and raising awareness. There are varying degrees of the Uncle Dad syndrome, some dads being more extreme than others. After observing what happens to a lot of these kids over time — well, I think it’s worth raising a little hell about. And as someone who respects and values fathers, I think it’s a shame that Uncle Dads are engaging in this behavior which merely reinforces the attitude that dads shouldn’t have shared custody. Uncle Dads set back the father’s rights movement by making fathers look less competent.

In the long run, mothers dealing with an Uncle Dad eventually learn to cope and find outside support from friends, family, babysitters (or from a new spouse) to help them raise their kids. They become resigned to the Uncle Dad’s behavior and stop expecting more.

The kids are the main casualty. In adolescence, the boys may flounder, struggle with low self-esteem or act out because they lack a mature and genuinely involved male role model. The girls may do better in adolescence if their mother is a stable presence. However, they often latch onto a boyfriend to give them validation, and as adults, they can have low self-esteem and poor judgment in their relationships with men.

Kids with Uncle Dads struggle to understand why they feel so let down by their dad. After all, dad isn’t abusive, he loves them, he’s basically a nice guy, and their father-child relationship doesn’t involve much conflict. It’s usually not until the kids reach adulthood that they start to figure out what went wrong. By then, the damage is done.

Alison Patton is a licensed attorney and mediator who works with divorcing couples throughout California to address their legal, emotional and financial issues during divorce. Her specialty is providing mediation and comprehensive legal services for couples whose goal is to get through the divorce process affordably and without setting foot in court. She writes as “The Divorce Doc” on her blog, LemonadeDivorce.com.In her spare time, Alison runs a local granola business with her family. She lives in California in a cozy and crowded little house with her husband, two children and a menagerie of pets.

It radiated a stench that no one could walk past without saying, “Ew!” But the little head propped over the side of the dog bed ...