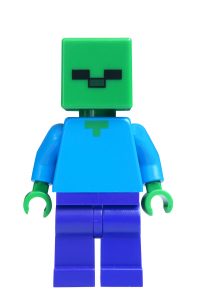 You want to make your life exceedingly challenging? Do what I just did. Ban your child from accessing electronics for an entire weekend. Oh yeah, this was necessary. The original offense was playing on his ipad behind my back before his designated time. His original punishment was just “no more electronics for the day,” but the subsequent tantrum (including expletives, door slamming and extreme face contorting) led to a prolonged moratorium.

We parents have to watch what we say when we are punishing our kids. I had plenty of moments of regret over the past few days, starting with 5:30 a.m. yesterday when my son woke me up (my one morning to sleep in) and proceeded to vacillate between whining, stomping and protesting and cuddling, crying and professing contrition. I finally gave up on any hope of going back to sleep when he began pacing back and forth at the foot of my bed and chanting, “I’m on strike, I’m on strike…” 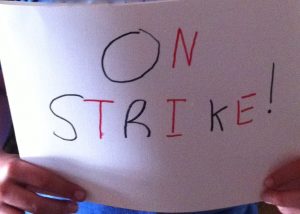 My morning sucked. I figured getting out of the house would be good – go for a hike, get in nature. I’d set my stride either extra fast or extra slow so there would be enough distance between me and my boy to inhibit my ability to hear his ranting. A fine enough plan, right? When I called to arrange to pick up my other son from my ex, the ex decided to invite himself and his mother to hike with us! So, sleep deprived, agitated and jonesing for peace and solitude, I would now be confronted with the only person who could possibly challenge me more than the tantruming ten year old … my ex.

I sucked it up and tried to appear at least only half as miserable as I was, knowing that I was reaffirming once again for my ex that I’m an ornery old bag to be around (back-stories are not considered in these assessments). Oh well, thankfully I feel zero inclination to entice him back with my winning personality so I can be in a bad mood. I grit my teeth and tried to be relatively civil and respectful.

My sour mood improved a tad from the endorphins and by the end of the hike I was at least amenable to the idea of my day improving. We stopped at my ex’s car to retrieve my older son’s backpack. As my ex closed the trunk of his car, we all noticed a little something by his feet on the ground. “What is that?” my young son asked. The ex donned a perplexed expression, “Oh, that must have been there already.” YEP, a shiny gold metallic wrapped square … aka condom. I have to admit, it was so wrong but so right. Did the condom fall from his trunk? Or had it already been there? I don’t even want to know. Once in my car, my kids entertained the questions of the condom …”Was that daddy’s condom?”… “Why would he keep condoms in his trunk?”…”Why would daddy need a condom?”

Now, distracted by that awkwardness, I found myself in an oddly upbeat mood. The mother in me shuddered while the writer in me giggled.

Next stop was a friend’s party. Time to finally relax, have a drink and chill. There were mostly adults and several kids. New challenge. All of the boys at the party were huddled around a computer playing games and that is where they remained for the subsequent 6 hours that passed. So my boys (the older one being a saint and getting with the program THANK GOD), were forced to try to entice one or two kids away from the mind magnetizing “Minecraft”. They successfully acquired one 7 year old with whom they proceeded to actually play, interact and run around. My younger son only complained once or twice that it was hard to not play with the other kids and I understood. But, he did it. And at the end of the night he observed that “those kids were on there the whole time, they didn’t even play with each other.” He was also offended that it wasn’t worth it for his friend to give up playing on the computer to spend time with him. Interesting observations. My son grew his “muscles” of self-control and restraint.

Lessons learned. Sort of. He waited until 7:30 a.m. to wake me up this morning (not great but better) and he only tortured me with cuddles and elbows and knees poking me but I preferred it to the tantrums and protests of the morning before. And he didn’t mention the electronics accept to praise himself for his accomplishment the night before and suggest that he might be deserving of some reward (translation- letting him play sooner than I intended). But he let it go when I said no.

I am exhausted. I got almost nothing done all weekend. To enforce ONE consequence took every ounce of patience, attentiveness and assertiveness I could muster. But, I did it!!!

I don’t suppose this will be the last time I have to put myself through hell just to grow a quarter of an ounce of character in my son, will it?

Rebecca Bitton is a mom of two boys, living in Los Angeles. She is also a writer, editor, and certified mediator. Her musings can be found at Survivinglimbo.com which chronicles her experience of living and parenting while in-between married and divorced (which she refers to as “single-ish”).